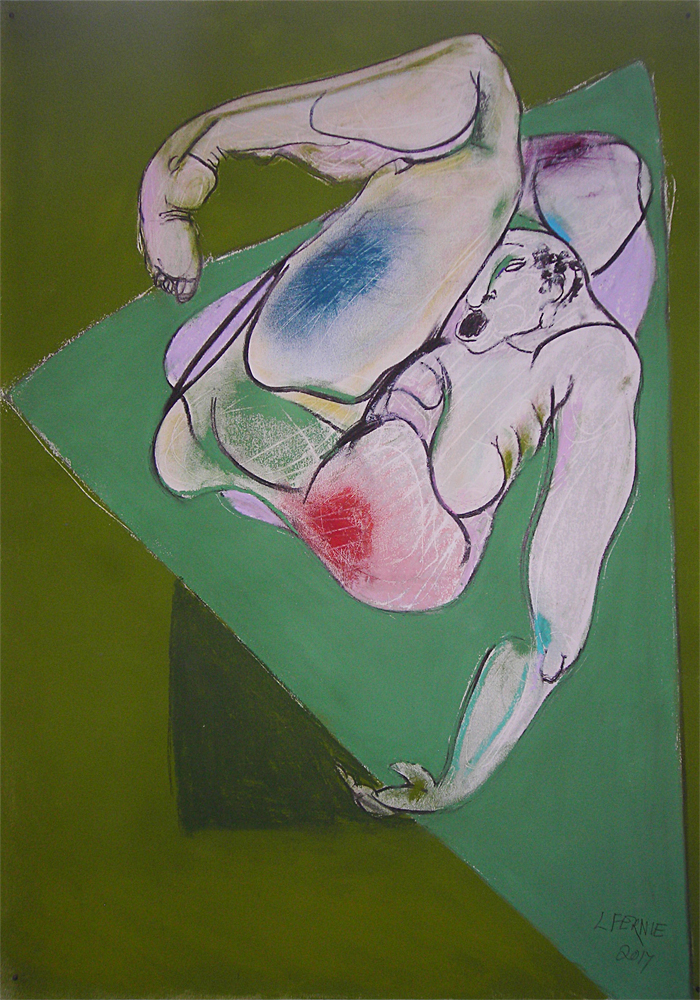 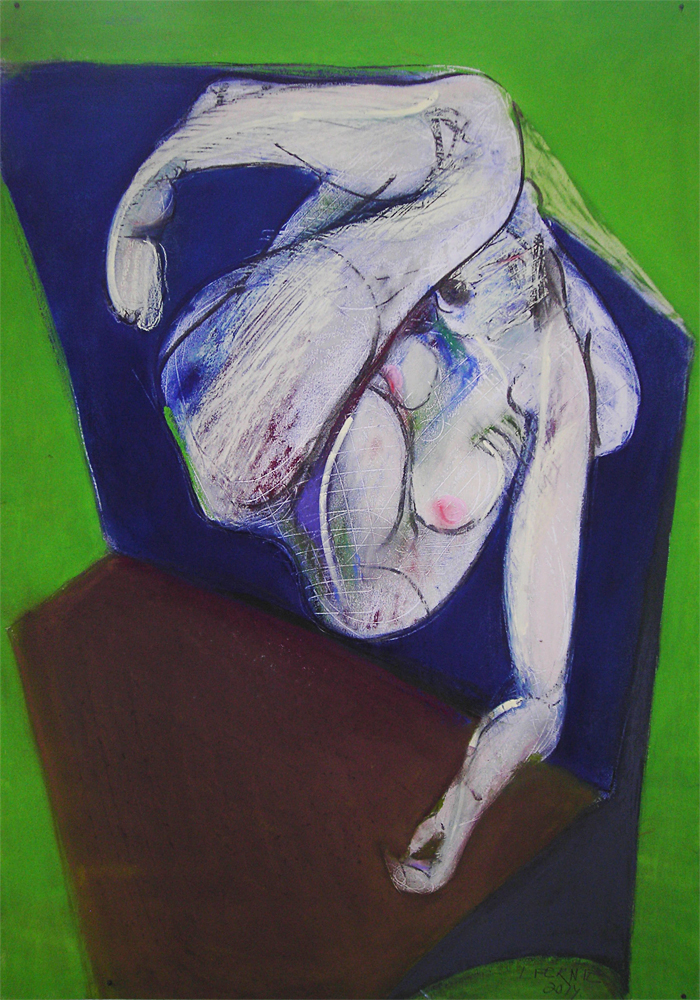 My figures have soft, vulnerable flesh.
They are also conscious human beings.
Their consciousness makes for both physical and mental struggles:
Which can in turn affect some of the small areas closest around them.

Each figure takes up a large amount of the available space.
I know that in the real world I am tiny, but the space in my head behind my eyes feels huge.
I think it does so in most people.

Making my figures large also draws attention to potential conflict. Legs for example, can still be actively kicking while the torso becomes frozen in inertia.

As the subject of each picture is an emotional response to a given pose, it follows that my pictures are not carefully accurate recordings of the world as seen around me.
Instead, while retaining enough evidence to make them recognisable, proportions are changed to reveal what they are feeling.
This also means that I often use the same pose over and over again.
A new response means a new picture.

Structure in the pictures is built on interaction between mind, eye, and materials.
For example,
A large shape will dominate.
If a shape is small it has to battle harder to get its contribution recognised.
If a shape falls away it causes anxiety.
If shapes come together and form a corner this can be a potential safe haven or a trap.
Corners jutting outwards are abrupt challenges to the overall flow.

Shape, line, and colour change most within the figure area.
There is less variation in the surrounding shapes.
By the time the rhythm that dances in and out and across the surface reaches the edges of the picture, there is the endless space of a flat colour. 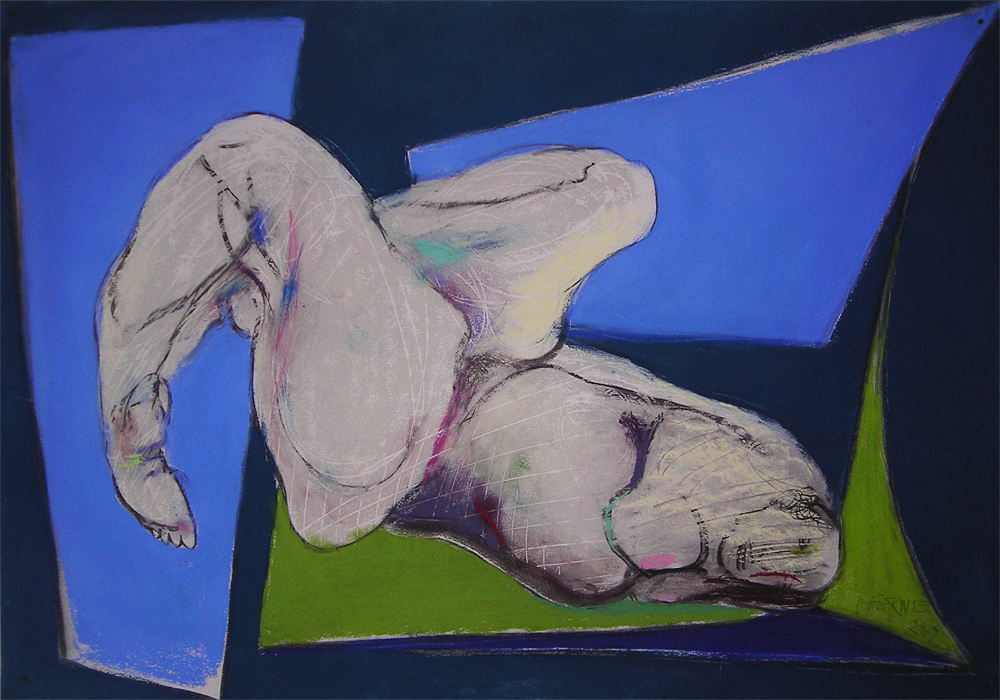 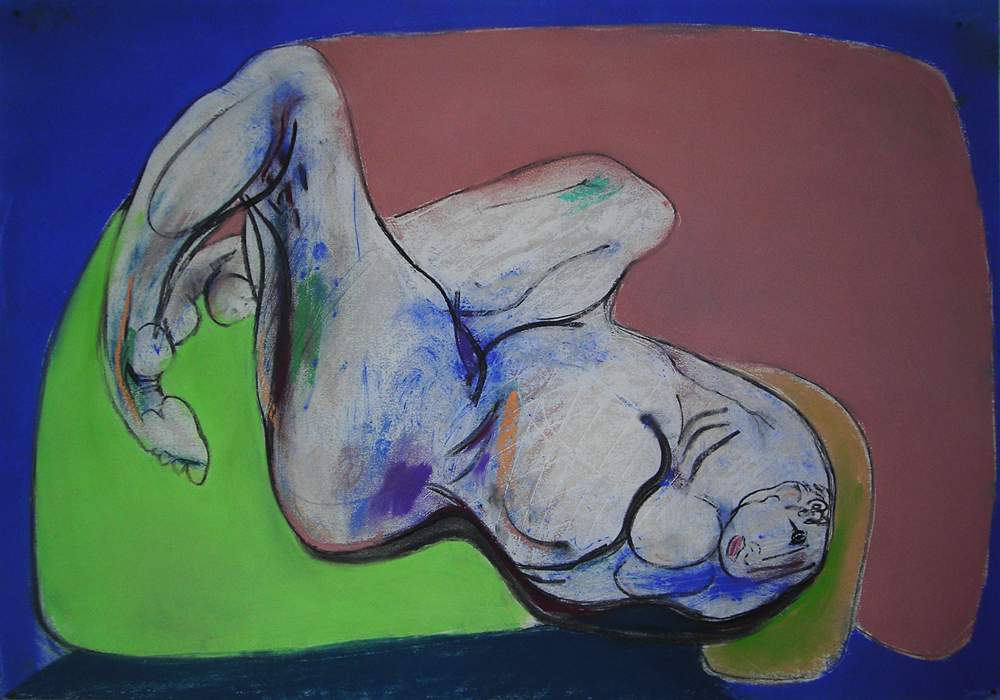 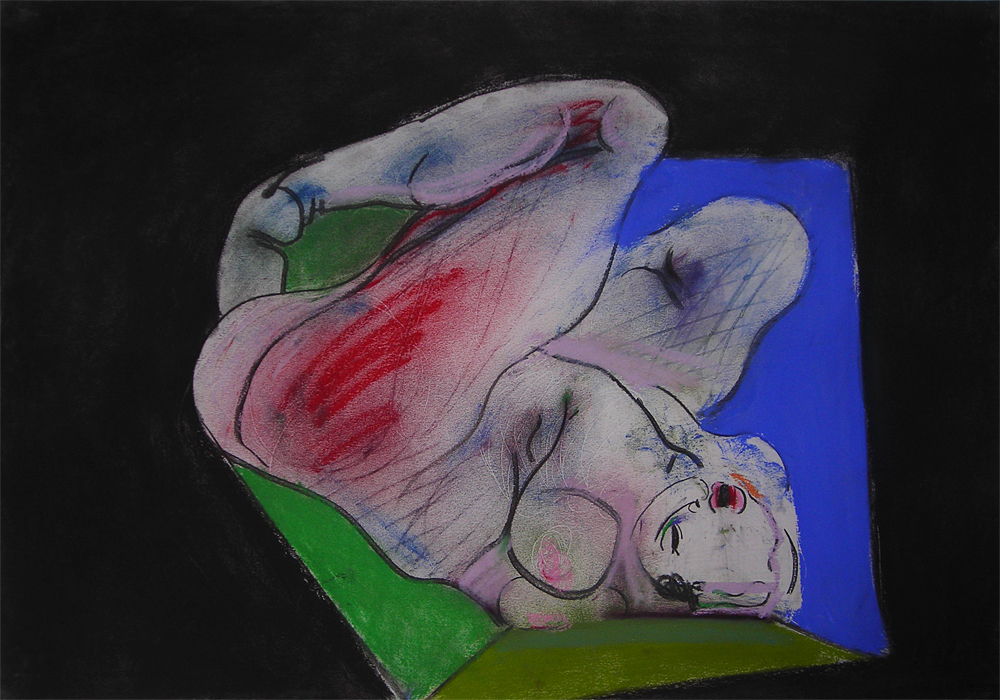 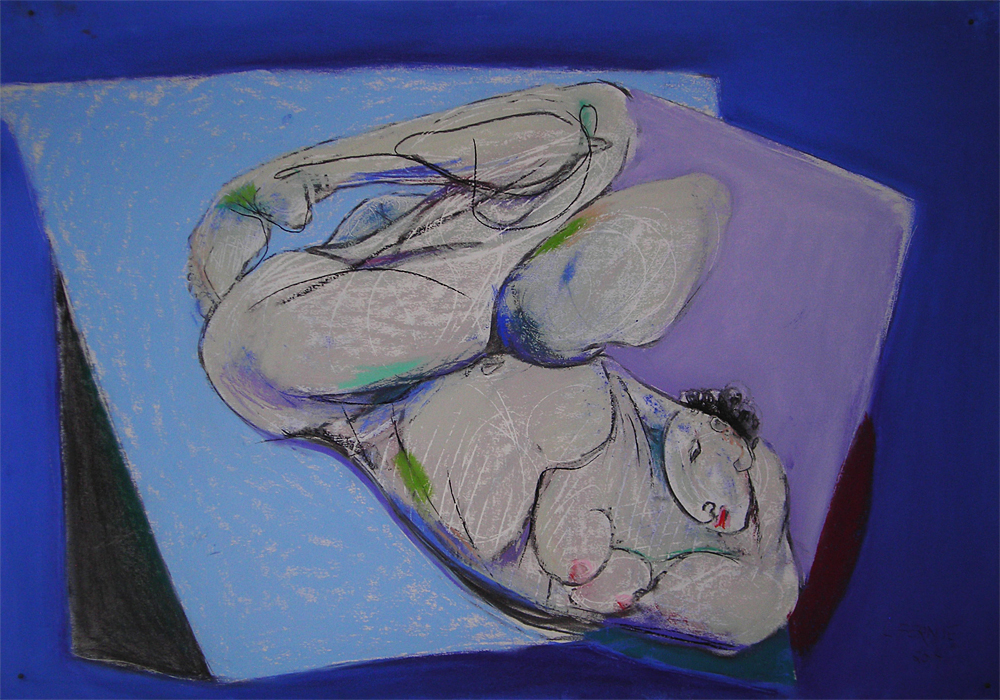 Both female and male ancestral figures carved by African people to protect their homes stand straight and tall.
True, many do have knees that bend forward
But this just adds to a sense of potential movement and energy.
They stare straight ahead out into the world
seemingly unafraid of what they might encounter there.
Having an image of ancestors of such bravery would be an enormous help to anyone trying to survive.

My figures, by contrast, seem to start from the foetal position.
They try to uncurl into the space surrounding them.
They try with great energy and anger.
But they always seem to be hampered.

I think I keep making these pictures to see how, and then maybe why, this can happen.